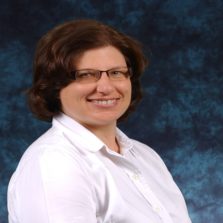 Dr. Terry Elwing specializes in women’s imaging and is the director of the Harris Breast Center at Boone Hospital Center. After completing her residency at the University of Missouri, she became an assistant professor and director of radiology at Ellis Fischel Cancer Center, focusing on breast diagnostic and screening programs along with abdominal imaging. Dr. Elwing also served as the residency director and received numerous awards for excellence in education of medical students and residents.

While at the University, she was instrumental in the early acceptance of percutaneous breast biopsy as an alternate to surgical excision and has continued to be at the forefront in breast imaging since moving to private practice at Boone Hospital in 1999. Boone Hospital was one of the first facilities in the nation to endorse digital mammography. This was followed by early involvement in breast MRI initially diagnostic and interventional procedures, which have currently been expanded to include a high risk screening MRI program. Most recently, Harris Breast Center has added 3D mammography. Boone was the first breast center in the region to offer tomosynthesis to its patients soon after it was FDA approved in 2012. They remain one of the only facilities in the state of MO to perform tomosynthesis for all screening and diagnostic mammograms, increasing cancer detection and decreasing call backs.

Dr. Elwing enjoys sharing her knowledge in the field of breast imaging and has given numerous lectures on the subject. She is a member of the Society of Breast Imaging. In her spare time she enjoys working on the family farm raising and showing cattle.